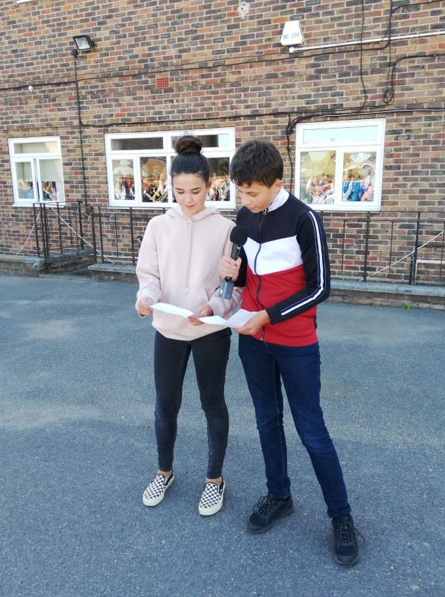 On a day of huge marches across the UK and the world against Climate Change, Chailey School wanted to show their collective support for this important issue.

Being a rural school, many students who would like to attend climate strikes would only be able to do so by travelling distances and so the Senior Student Team worked with the Head Teacher to mark the day in a different way.

Head Teacher Helen Key ‘This is by far the single most important issues in the world that our young people are concerned about and want to do something about. The future belongs to them and as a school we wanted to support them’. Two year nine students, Joe Firth and Sophie Mills led the vigil by talking about the issues facing the world and this was followed by a silent vigil.

A quote from the presentations ‘People are in denial, saying that climate change won’t affect them but if we carry on living the way we are the cost of housing and food will rise dramatically, the availability of water will not be sufficient and the number of natural disasters affecting the world will continue to rise. Along with the continued increase of global temperatures this could lead to the eventual extinction of millions of species including us. Although we aren’t politicians we can still make a difference. There is strength in numbers.

It has got to the point when we are running out of time and although turning the lights off when we leave a room and other lifestyle changes can help we need to educate ourselves and speak out about climate change. We are all the voice of a new generation and it’s time for change.’

The vigil was conducted with impeccable behaviour from the whole student body who listened with respect and many conversations about climate change were heard during the rest of the day.