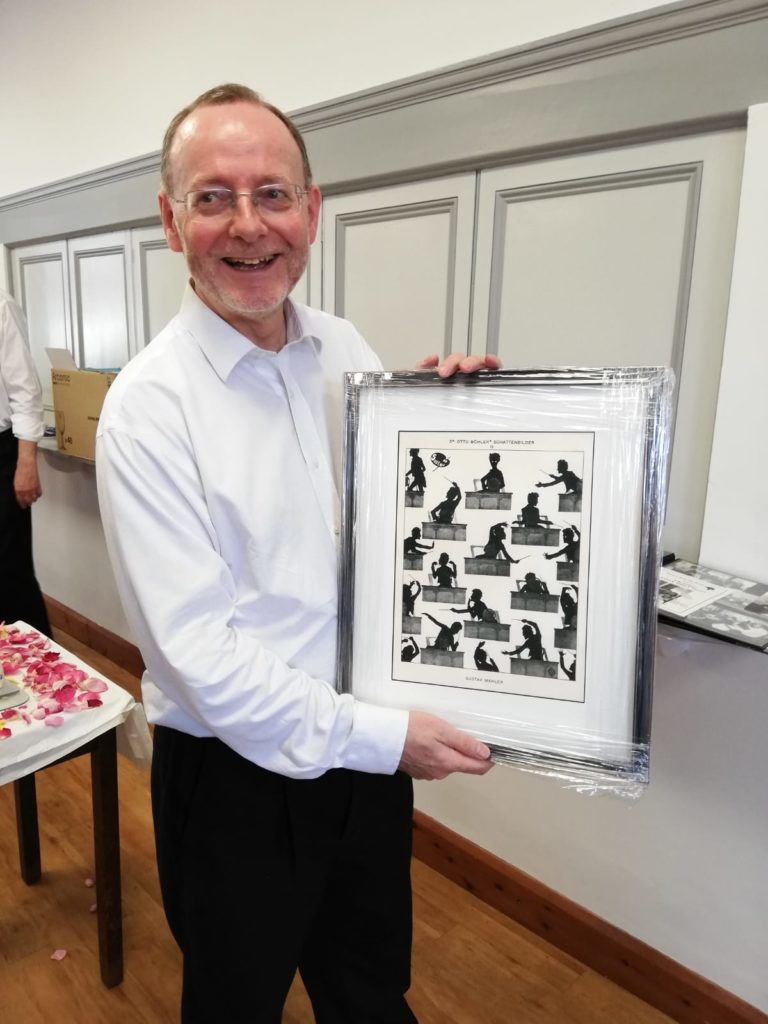 At the end of the concert, members of the orchestra serenaded Roland with an adapted version of a Beatles hit, following which he and his family were treated to drinks and a buffet lunch party with the orchestra.  Roland was also presented with a print of the composer Gustav Mahler in conducting mode, and everyone enjoyed a cake baked and beautifully decorated specially for the occasion.

Roland said: “I was totally surprised by and delighted with the choral tribute at the concert and the party afterwards. The cake was a triumph and the Mahler print will look great in our music room!”

Roland has long been active on the Tunbridge Wells music scene, where he has previously been conductor of the Baroque Singers and the Grosvenor Orchestra. He maintains a busy schedule of solo and choral singing and is an experienced accompanist. He has led the Forest Row Orchestra since 1994 and his wife and three daughters have all played and performed with the orchestra.

Since the Forest Row Orchestra was founded it has raised in excess of £15000 for a wide range of local and national charities, the record for one concert (in February 2012) being £747 for the Royal Marsden Hospital.

The orchestra rehearses on Saturday mornings during term time at Forest Row CofE Primary School and welcomes players of any age, ideally at Grade 4 level and above. Contact Roland Millar at RMillar46@gmail.com and 07887 994935.