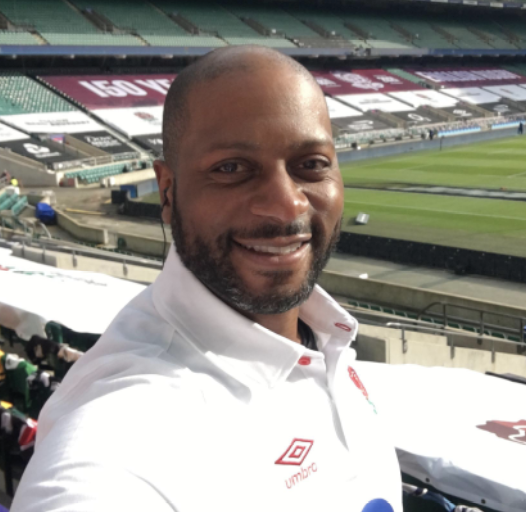 Forest Row resident, Rodney Earl Clarke is a star of the opera and musical theatre worlds, currently performing in the current line-up of Les Misérables is about to release his new single ‘MANTRA’

‘Mantra’ is the closing track of Voices for Reconciliation, a Contemporary Requiem and it was especially written for Rodney Earl Clarke by Anthony and Gaynor Sadler who are one of the UK’s most renowned composing teams. The song is a statement of intent to overcome prejudice through togetherness.

It was fitting that Rodney was chosen recently to perform the National Anthem at Twickenham for the England V Italy Rugby match, which was televised to millions of people. Rodney’s beautifully deep baritone voice could be heard echoing gloriously throughout the stadium. This was a huge honour for Rodney, who has come a long way since his early childhood difficulties having suffered from a stutter.

The breathing techniques used as a singer and the costal breathing in particular opera singers use, helped him overcome his speech problems, which he discovered and studied when we went onto study at the Royal Academy of Music. It completely changed his life.

‘Mantra’ explores Rodney’s extraordinary vocal range and allows him to express the message as a figurehead narrator, inspiring the audience to come together and strive to make a genuine difference at a crucial point in history; a time where we can build the World we wish to live in. Rodney’s voice calls for a ‘better world together’, a “safe and equal space” where all can “raise their heads with pride”. Sport has an essential role in realising the goal of creating a “Mantra” to live our lives by, elevating voices from throughout society in the process, Rodney is the ideal Ambassador to promote this message with his work, not only as a distinguished Musician, but also as an advocate for racial equality.

Hailed by Gramophone as a “singer to be watched”, Rodney Earl Clarke is recognised for his versatility in performance. Born in South East London, Rodney enjoyed performing at an early age. Encouraged by his Jamaican parents and surrounded by three brothers and a sister, Rodney knew from early on that his singing voice was to be a huge part of his life.

From his days as a choir boy at St. George’s Cathedral in Southwark to being a baritone at home with the music of 1930-1960 Broadway, Rodney has appeared in many shows including Carmen Jones at the Royal Festival Hall, London, Jude Kelly’s award winning production of Bernstein’s On The Town, Kenneth Branagh’s epic film version of Mozart’s The Magic Flute, Sondheim’s 80thBirthday Celebration Prom, The Broadway Sound BBC Prom with the John Wilson Orchestra, Jake in Gershwin’s Porgy & Bess under the baton of Sir Simon Rattle and Crown in Porgy & Bess under the direction of John Doyle with the Royal Danish Opera in Copenhagen. He starred in Raymond Gubbay’s popular show Crazy for Gershwin which regularly toured the UK and also performed many times on BBC Radio 2 Friday Night Is Music Night, most notably in the David Jacobs Tribute Concert alongside Michael Ball, Gary Williams and Hannah Waddingham.

Having overcome the challenges of having a stutter, Rodney also devotes his time to helping others who face challenges in their communication and speech, using the power of singing to guide them towards greater fluency and confidence in his online platform Singing