Frow Show 7 IT TAKES A VILLAGE TO RAISE AN IDIOT 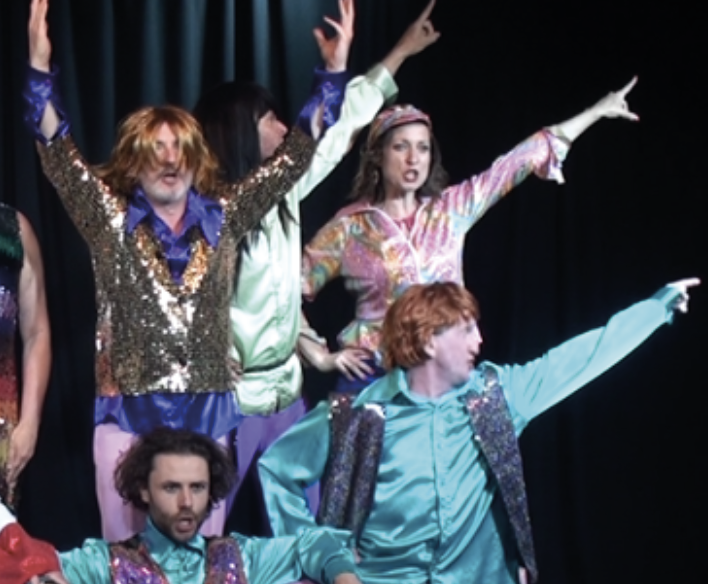 Forest Row is a picturesque, sleepy village in the cradle of the Ashdown Forest, where the deer and the unicorns play, and natural healers perform everyday miracles with crystals. Or alternatively, it’s a grim, forgotten outpost of East Grinstead; a seething hotbed of intolerance, judgement, class division and badly-knitted things.

It may be that none of this is true, but one thing is sure – Forest Row is a village that’s ripe for biting satire and brilliant comedy.

Fortunately, there’s a comedy sketch show coming that will make sense (or nonsense) of it all: The Frow Show is back for another season at the Village Hall in Forest Row.

This year the show will be broadcast live – filmed by a camera crew capturing as many angles of the action as possible. The broadcast will aim to create a sense for viewers of ‘being there’. Viewers will be invited to contribute to the show with text messages and clips which will be incorporated into the show.

“During lockdown we’ve missed performing as much as people have missed going to shows so we’re really excited about this show. And we believe we may be one of the first live theatre shows to take place in the region after the lifting of restrictions,” says the Frow Show’s director and producer Mike Sengelow. “We think people have been craving the chance to laugh together so we’ve made sure this show will be one of our funniest yet.”

Mike Sengelow is no stranger to skit comedy. In his native New Zealand he starred in a Saturday night TV sketch show called ‘Skitz’. The rest of the Frow Show cast and musicians are mostly professional performers from all around RH19.

www.facebook.com/thefrowshow Start: 7.30pm, with a bar and pizza.

Musical Director: Paul Wheeler singer, songwriter and guitarist. Paul is best known as Director of hit TV shows Have I Got News for You and Live at the Apollo. He is a BAFTA nominee and a British Comedy Award winner.

To find out more about Frow Show – www.facebook.com/thefrowshow