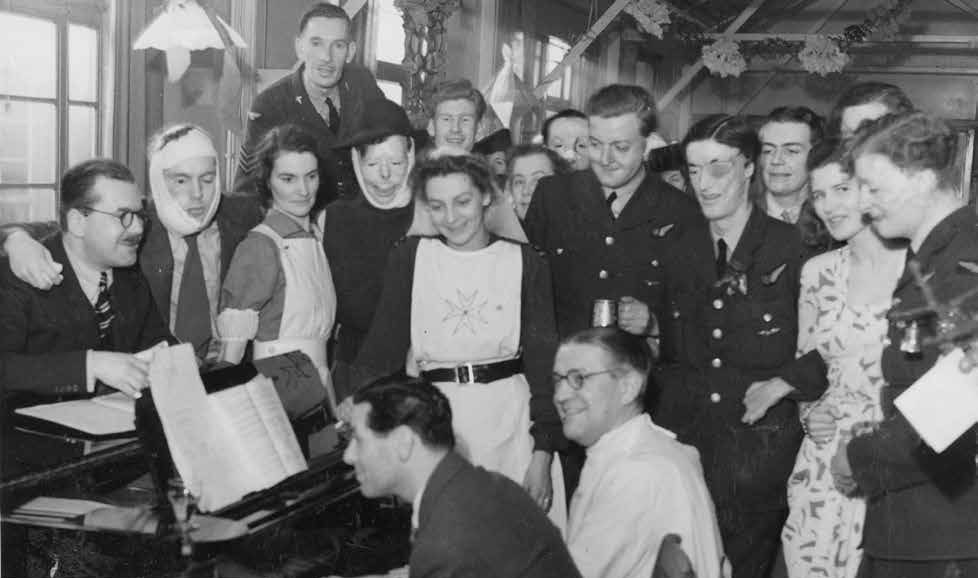 The exhibition ‘Rebuilding Bodies and Souls’ will continue its run from 15 January 2020 through to 31 October 2023 at the East Grinstead Museum. The exhibition began in 2016 to celebrate the 75th anniversary of the forming of the Guinea Pig Club. Six hundred and forty-nine allied aircrew were treated at the Queen Victoria Hospital, East Grinstead by surgeon Archibald McIndoe. The men were guinea pigs for the surgeon’s pioneering treatment of burns and his work went on to become the foundation on which modern plastic surgery evolved. The men originally formed the Guinea Pig Club in 1941 as a drinking club, but through the support of McIndoe and the comradeship of the men the club continued as a support network for each of its members.

Other up-coming events include a free introductory tour of the museum beginning Friday 7 February at 10.30am. The tour will last approximately forty-five minutes and will continue throughout the year on the first Friday of each month. On 20 February at 7.30pm there will be a talk by Brian Johnson on the history and development of the canals in Britain between 1760 and 1820. Brian worked in the transport industry for twenty years and on his retirement became a volunteer at the London Canal Museum. His talk will focus on the Regent’s Canal, its origins and purpose. Anyone wishing to attend should reserve a place, with payment of £5 due at the door on the night.

The East Grinstead Museum was set up in 1995 and was built with funding from the Heritage Lottery Fund as well as money raised by the local community. Its aim and purpose is to record the history of the town and preserve and develop the important collection of which it is the custodian. The Reverend Golding-Bird began the first museum in the town in March 1926 within the St Swithun’s Church tower. The collection was small at first including photographs, paintings and WWI objects. The museum can now be found in its own purpose-built building in Cantelupe Road just off the historic town’s High Street.

The museum covers the story of the town of East Grinstead from prehistory to present day and is utilized by both primary and secondary schools as a great place to learn local history. The story of the Guinea Pig Club and the work that took place at the Queen Victoria Hospital is of international as well as local interest and has made East Grinstead a recognised name in the world of medicine.

The museum is free to enter but does rely on volunteers and donations. Anyone interested in becoming a volunteer can find out how on the museum website www.eastgrinsteadmuseum.org.uk. Volunteers can get involved with meeting the public, running the shop, undertaking research and maintaining and protecting the archive. These are just a few areas in which you can help, there are plenty of other ways including becoming a trustee, bookkeeping or getting involved in admin or IT.

Museum opening times are Wednesday to Saturday 10am to 4pm, Sundays and Bank Holidays 1pm to 4pm.