LOCAL ARTIST TO APPEAR IN THE BBC SERIES, HOME IS WHERE THE ART IS 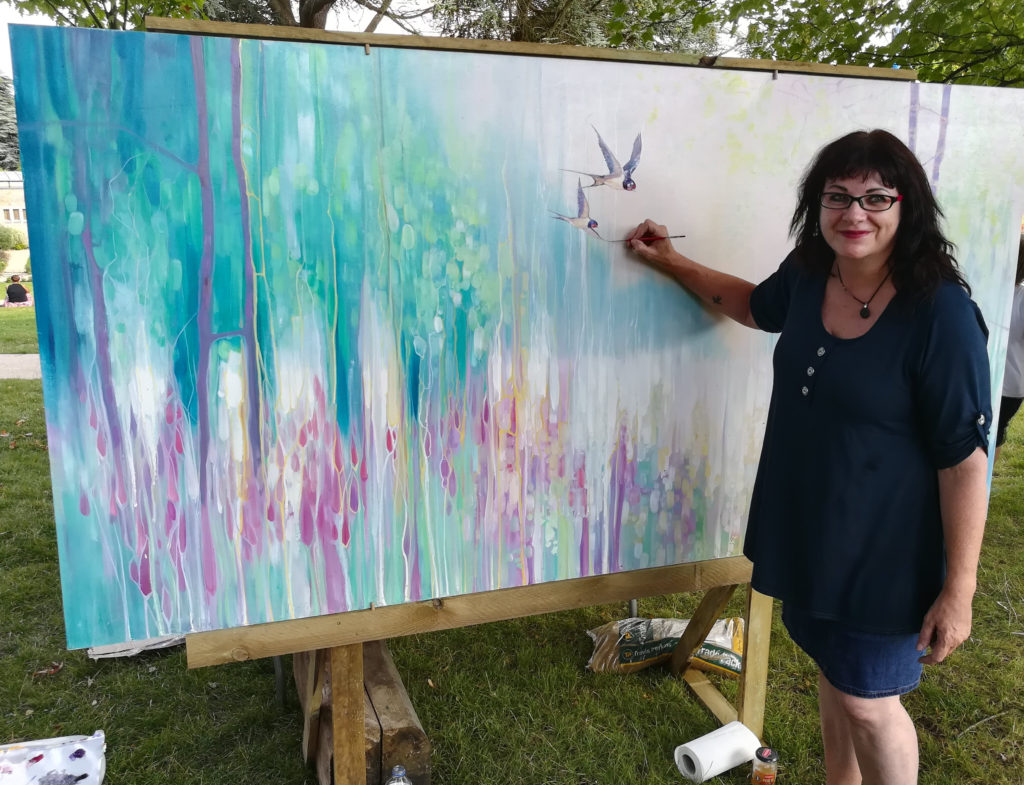 In Spring 2020, local Forest Row artist, Gill Bustamante will be appearing in the BBC series Home is Where the Art Is, season two.

Each of the fifteen episodes sees three different UK based artists competing to win a commission from home owners who would like a bespoke piece of art for their home. Gill cannot say anything about the results as it would spoil the surprise but she thoroughly enjoyed the filming days and the visit by the BBC to her home to film her painting, part of which involved being filmed sketching in the Ashdown Forest (at Gill’s Lap which seemed appropriate).

Gill is best known for her large semi abstract paintings that are inspired by her walks around Sussex and the South East. She often paints from memory as she finds that she does not know what was impressed on her by a landscapes until she tries to capture a flavour of it on canvas.

Gill welcomes visits by appointment to her house to view her art which she mostly sells online.