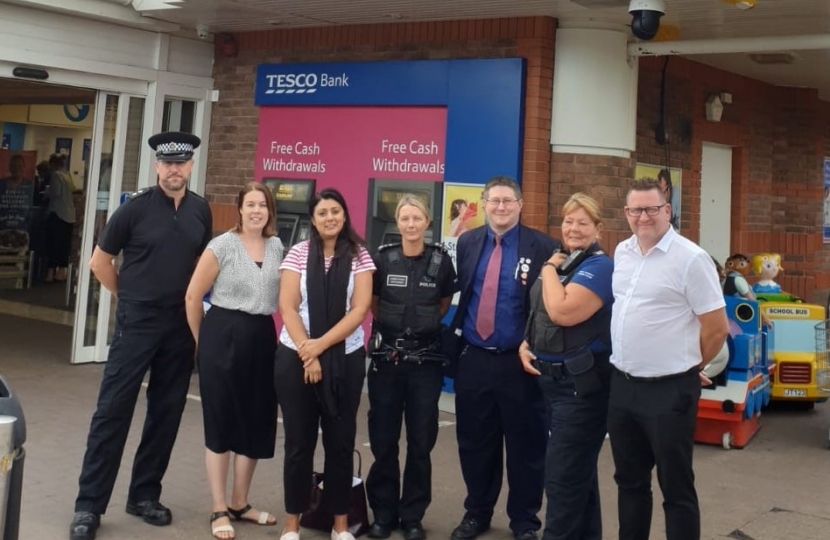 Recently I supported a new campaign by the children’s charity Barnardo’s to recognise and tackle the impact of domestic abuse on the lives of young children and families. As the MP for Wealden, I am too familiar with distressing cases of domestic violence and over the years I have seen an increase in both the levels of abuse and the impact on victims when their testimonies have been dismissed. It’s not easy coming forward to seek help and it takes a lion heart to take on the perpetrator.

I have spent 5 years trying to get the law to recognise all forms of domestic abuse as a crime and get more resources and support for victims. Progress was made recently with the Government’s Domestic Abuse Bill and I was pleased to see it had its Second Reading and is well on its way to the statute books.

The Bill is a momentous step in protecting the rights of domestic abuse victims as it extends the statutory government definition of domestic abuse to include more complex forms of abuse. This includes groundbreaking recognition of economic abuse, coercion and controlling non-physical abuse, which will also challenge any outdated ideas of what domestic violence is or what a victim should look like.

For example, I am presented with cases where the perpetrator has used their power, threat of violence or intimidation techniques to dehumanise the victim over a period of time for control and abuse. This Bill will recognise these crimes as well as providing additional protection for victims of domestic abuse in Family and Criminal Courts.  My MP surgeries are open to all and sometimes a brave soul walks in and shares their horrifying private life and we both need tissues to wipe away our tears, and at the back of my mind is the concern that the system may let this vulnerable victim down. This new legislation will help enormously and take on stereotypes which will allow for more victims to come forward.

It is also important to recognise that domestic abuse also affects children and people in same-sex relationships, and as a community we should be more vigilant in seeing signs of abuse and providing the support and help we can. We have a long way to go in tackling domestic violence with the shocking fact that 2 women are killed each week by a present or former partner.

I will continue to campaign on behalf of victims and most importantly, victims of domestic abuse should be encouraged to take action by contacting the police or through the National Domestic Violence Helpline (0808 200 0247) or the Men’s Advice Line (0808 801 0327).

I am proud to be part of a Government that supports domestic abuse victims and will continue to give it all my support.