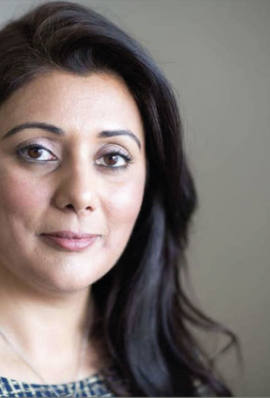 Every year, we remember victims of the Holocaust and honour the 6 million men, women and children who were murdered simply for who they were.

Genocide is the most heinous of crimes. Over 50 years ago, the UK signed the UN Genocide Convention, designed to ensure that atrocities seen during WWII would “never again” occur. But heartbreakingly, the Holocaust was not the last genocide. Millions of lives have since perished during genocides in Rwanda, Bosnia and the Middle East, and millions of lives are currently being destroyed in Xinjiang, China.

Two million Uyghurs are being enslaved and subjected to state-orchestrated abuse. New evidence reveals horrifying testimonies of Uyghur women and proof of their systematic rape, sexual abuse, forced sterilisation and torture. These horrors have led the President of Board of Deputies of British Jews to compare the plight of the Uyghur to the Holocaust.

I know from your correspondence how deeply you care about this issue and I agree that we cannot be bystanders to the deliberate attempt to exterminate a group of people. Not again.

Currently, genocide can only be determined by the International Criminal Court. However, due to China and Russia’s power of veto at the UN, the world is paralysed and unable to hold genocidal states to account. The fate of many depends on Britain playing a leading global role in breaking this logjam.

I continue to lead a political coalition in support of a small, but significant change to the Trade Bill, to ensure that Britain is not complicit in trading with genocidal states. The Government’s policy on genocide is that it is a ‘judicial matter’. The New Genocide Amendment allows our respected UK courts to make a preliminary determination on genocide. Courts would not be able to strike down deals or laws – that would be unconstitutional. The power to determine a bilateral trade agreement would remain with the Government.

I know that Wealden residents would not want to buy products that they knew were produced on the back of slave labour and genocide. We have taken back control of our laws and trade policy and we now have an opportunity to add meaning to the words ‘Never Again’. We can act and we must act. I truly hope that at the next opportunity, the House will overwhelmingly vote in support of this Amendment. It’s time for Britain to be on the right side of history.