Pete and His Bus – Where it all started 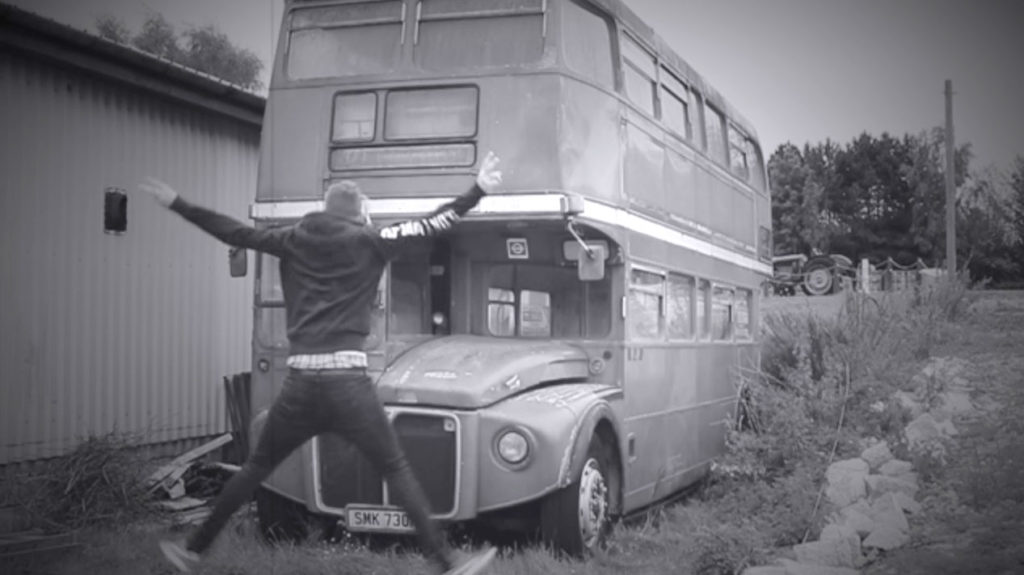 It all started when I was 9…

I used to admire my neighbour’s beige 1960’s Fiat 500 at the age of 9. I’d just sit on the pavement staring at this particular car. I had convincing myself that I was going to buy one and I would not stop going on about it! So, my mother decided to phone the Fiat 500 owners club. After a conversation with the chairman, he agreed that it would be fine for me to become the only member of the Fiat 500 club in the country that didn’t actually own a Fiat 500. I guess my mother thought that the membership would be much more affordable than an actual car. The photos and brochure that the club sent me kept me entertained for a very long time. It eventually took me another 16 years to actually own a real 500! I do still have it to this day and use it all the time, it’s my favourite possession. My passion for old cars spread as I grew up and I’ve always tried to steer my work in the vintage/classic car direction for my own pleasure. My first business venture was a cafe that had a big car park. I built up a classic car club with over 300 members that utilized this car park on a monthly basis. It was a great success and because it involved my personal passion, it made it really fun too! So when I sold this business my next venture had to be vintage/classic vehicle related. The bus was basically an excuse to go and play with a huge classic vehicle. For a geek like me, it was a dream come true.

I remember some time ago now, scrolling through a classic car website and I came across a 60’s Routemaster London bus that had already been converted into a bar for events. I had that big “flash” moment. This was exactly what I wanted to do! I didn’t like the style the bus was built in but I loved the concept. So I tried to buy it and then I would adjust it to my personal taste. The only problem was, it was hugely expensive. I tried to negotiate the price but someone beat me to it and I lost out. My only choice from that point was to put all my savings in one pot, sell a few cars (which was not easy and not the 500!!) and build one myself. A year later I finally managed to purchase a bus that was not too far gone condition wise and was within my budget. People often ask: “Where do you find a London bus?”. In this case, the answer was Facebook. As soon as the bus was in my workshop, I set about planning her conversion. She was still a bus with all the seats in it. My aim was to complete the transformation in one year. In the end, it took me 20 months and 2500 hours. This is not counting all the hours some professionals put in to do the tricky things like electrics, flooring, upholstery, carpentry etc. The important part was that I knew exactly what I wanted and I never compromised to get it. Sounds much easier than it actually is! Another thing I promised to do throughout the build was to make sure RML2355 ( My Bus ) would remain as close to her original state as possible. I therefore used the original colour scheme upstairs. I kept as much of all the chrome bits as possible, I used the original fabric for the cushions. I kept her correct destination blinds and I also left her sitting pretty in a perfect shade of London Transport Red! She is after all a genuine piece of British history. The bus has been constructed to be able to deal with high volume output as a bar and is now being used all over the country. So one might ask “What sort of events and customers does a bus like this have?” My client base is a total and utter mixture. Thus far it has been used for events like: Festivals, Air shows, company parties, brand promotions, horse racing events and even the royal wedding. We’ve dealt with brands like, Sky TV, Parker Pens, Adobe, Carlsberg, Gant and many more. We get to see some pretty interesting places as you can imagine. So what’s next!?

Pete And His Bus (The Show) The second bus.

I originally wrote a small blog on my website about the actual build of the bus. As a result I found out that there was massive interest in the actual conversion process from all around the world. I started having quite a lot of traffic on my site. One night I couldn’t sleep so I turned my laptop on and at that particular point there were 215 people in America reading my BLOG post! So when I found a second bus to convert (behind a pub, 20 mins from my house, I could not believe it had been there all that time!!) I decided to go all out and film the process. Pete And His Bus, The Show was born. I’ve spent the whole of last year filming the first 10 short episodes and I have just started releasing them on YouTube. The channel is called (you’ll never guess…) Pete And His Bus. Thus far it has been very well received and I am actually in talks with production professionals about an actual TV show but this is all still a big secret. Who knows where these two wonderful old vehicles will take me next….

And to watch the first few episodes of Pete And His Bus, check out: WWW.YOUTUBE.COM/C/PETEANDHISBUS