Rose Pruning – No Pain, No Gain 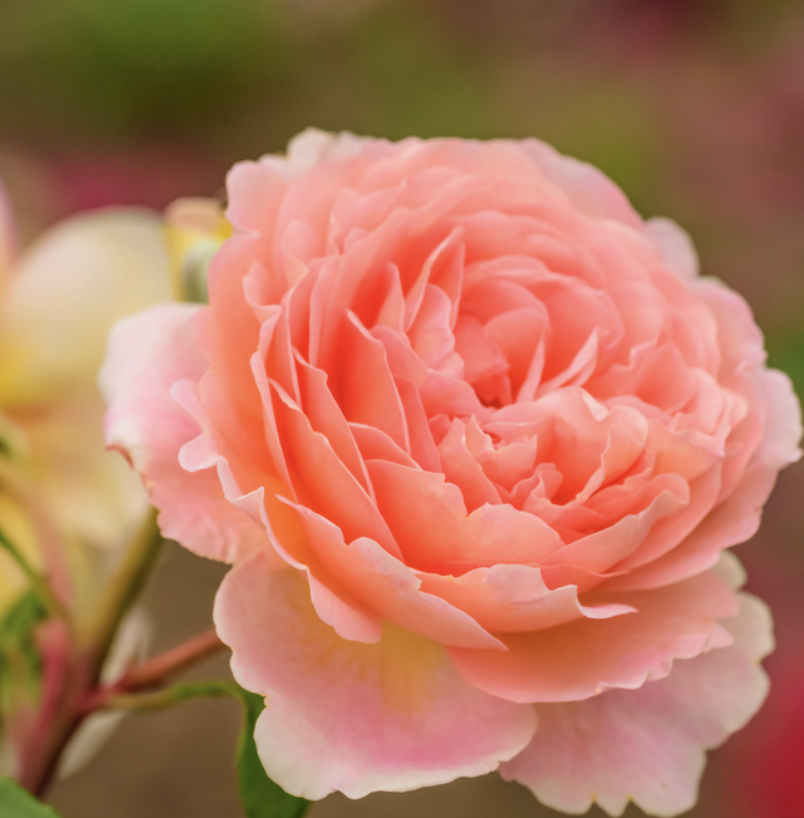 “It is the time you have wasted for your rose that makes your rose so important.”  – Antoine de Saint-Exupéry, (The Little Prince)

The rose, with its tender and beautiful flowers, but surrounded by sharp, harsh thorns appears in accounts from all of the world’s major cultures and religions as a symbol of love at work in the world. In ancient mythology, roses symbolised eternal love in stories of how gods interacted with each other and human beings; in the Celtic/Druidic tradition roses are used as decorations to represent the heart. Muslims view roses as symbols of the human soul: smelling the scent reminds them of their spirituality whilst Hindus and Buddhists see roses as expressions of inner joy. Stories about roses often involve an inner spiritual journey – the Prince in Sleeping Beauty has to cut through a forest of thorns to get to the palace; the songbird in Oscar Wilde’s story “the Nightingale and the Rose” makes a sacrificial journey for a young man by singing love into a white rose, turning the rose red whilst impaled dying upon the thorns; Christ’s final journey to the cross involves a crown of thorns.

So, a very special plant and quite rightly loved by us all; however the variety of species and pruning techniques can be bewildering, and learning to understand and carry out these processes can be an inner journey in itself, sometimes complicated and sometimes painful, but one well worth taking. Roses can be divided into 3 broad categories and each requires different pruning techniques, the main types are shrub roses, bush roses, and climbers/ramblers. Because the rose has had centuries of breeding there are many variations within these three broad categories: there will be specific requirements for each sub-division which can’t be covered in this short article. There are, however, many websites that do go into this detail, additionally we are blessed with a wonderful rose nursery at nearby Wych Cross, with very knowledgeable staff who I am sure would be very happy to offer advice.

This category comprises most of the older varieties that existed before large flowered bush roses or hybrid teas (see below) were introduced in the late 19th century. Most have simple flowers, and almost all flower just once on older growth in summer. They can vary in size but are generally medium to large and have characteristic upright and often arching growth. Examples of shrub roses are the Rugosas, the Gallicas, the Albas plus Moss roses and Hybrid Musks. Most of these varieties need only light pruning in Summer after flowering. They can be treated a bit like a shrub, where the older growth is removed to allow light and air into the body of the plant which will then encourage new growth. If the plant has become too large then reduce the tallest growths by about a third or so, and of course as with all pruning remove dead and dying branches.

Since the late 19th century plant breeding efforts have created many small growing, compact repeat-flowering roses suitable for bedding displays and small gardens. The large-flowered bush roses (hybrid teas) are remarkable for their shapely, high-centred flowers, double or single in a wide range of colours and scents; smaller flowered bush roses (floribundas) are perhaps even more dramatic with their large trusses of flowers. Included in this category are also miniature and patio roses. Bush roses should be pruned in the early Spring, (mid- March is ideal) before too much growth has occurred, but after most of the damaging frosts. Pruning consists of removing any dead or dying branches as well as any weak or spindly growth. Remove anything that crosses or grows into the centre of plant as the aim is to create an ‘open goblet’ form to allow in light and air. The remaining strong, healthy stems should be cut to approximately 20cm from the ground preferably to an outward-facing bud. If your bush rose is tall and in an exposed position it is a good idea to reduce the whole plant by about a third in Autumn to prevent wind-damage.

Once a climber or rambler has been established (usually against a wall or fence with the aid of wires) there is a reasonably simple procedure for annual pruning. Like bush roses, most climbers and ramblers flower on this year’s growth so pruning should be carried out in the dormant season before flowering. It is generally advisable to prune in Autumn for two reasons: 1) the young growth is more pliable and 2) there is less damage caused by young shoots being blown around in the winter wind. Identifying young new growths is key to pruning success here – these strong green slender stems, often appearing from the base of the plant (a sign that the plant is vigorous and healthy) should be carefully trained in to the existing framework. To make space for these growths identify older less productive shoots as well as diseased and dying branches and remove carefully. A rule of thumb would be to remove about a quarter of older growth in any year. Look carefully and check twice before removing a seemingly ‘old’ stem, particularly on mature ramblers, sometimes such a stem supports a mass of young growth a good few metres away! Prune flowered shoots back by a few centimetres to a healthy bud and shorten  any stems that have overgrown the rose’s allotted space and tie in any new growth. Sometimes it may be necessary to reposition the arching stems to create a balanced framework on the wires.

No pain, no gain

Carrying out the varied techniques outlined above in order to achieve the prize of the best flowers will inevitably produce numerous cuts, scratches, and thorn-pricks (often surprisingly painful) even with the thickest of gloves. Perhaps by remembering the rose as the flower of love, pruning (complete with thorns), so necessary for healthy flowers, can be seen as a wider metaphor for bringing love into the world not just in the garden but in our social life too: plants and people are both worth the effort!  The old adage “no pain, no gain”, suggested below by the authors  Alphonse Carr, C JoyBell C and Anne Bronte respectively (from www.goodreads.com) movingly and accurately describe this attitude:

“We can complain because rose bushes have thorns, or rejoice because thorns have roses.”

“We all have thorns in our flesh. All of us. Love is when we stay and help someone pluck out their thorns one-by-one and they do the same for us. Love is also when we pluck the thorns out of our own flesh, one-by-one. But today, the world teaches us that we shouldn’t even see those thorns, that we should only see the petals. As a result, we don’t know how to love ourselves and we don’t know how to love others. Stay with the darkness, and bring that darkness into the light. It’s there, look at it.”

But he who dares not grasp the thorn, should never crave the rose.”