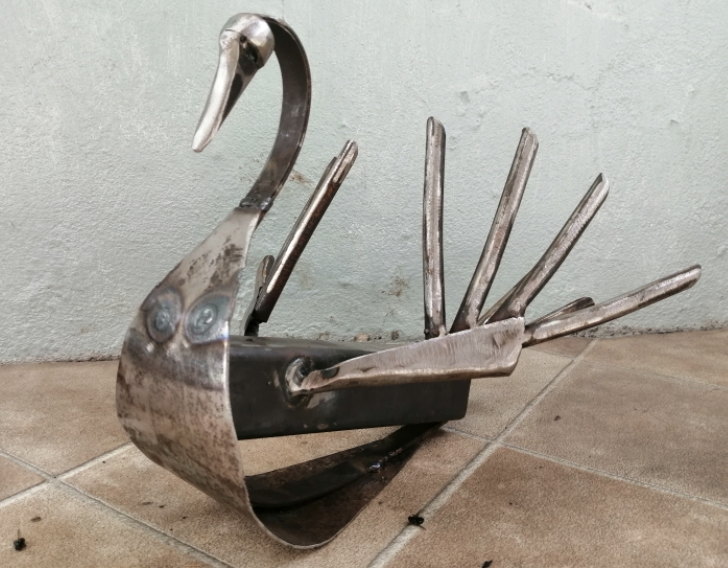 Having mentioned to his parents that he liked the idea of welding they encouraged him to speak to Anvils Blacksmiths, a local blacksmiths in Grinstead Lane, East Grinstead.
Thanks to Anvils Blacksmiths giving him the opportunity to do some work experience at their workshop during the school holidays, Ned has discovered a true passion and talent for working with metal.

Jason Willey and his Father have been teaching Ned to weld and giving him free rein to produce some fantastic original work, some say fit to be exhibited in even the top London galleries.

Anvils have now offered Ned an apprenticeship, where he will continue his training with them and also attend Crawley College to gain a qualification in Engineering, Fabrication & Welding.

Ned is extremely modest and cannot comprehend that the work he is producing is worthy of being sold.